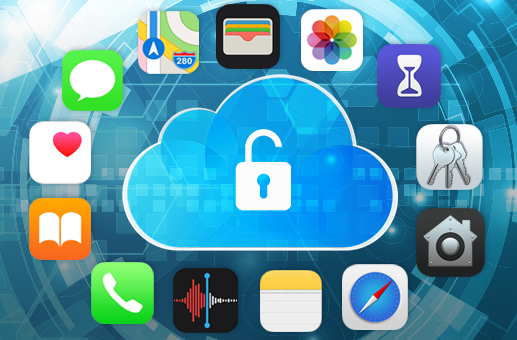 Elcomsoft Phone Breaker 9.60 streamlines access to iCloud data, breaking down the 17 types of iCloud synced data, the content of iCloud Drive and iCloud backups, into three large groups. By accessing the categories via three distinct groups, experts will be able to save time by analyzing the available information faster.

The Synced Data category now aggregates some 17 data types, and this list is set to grow. Parts of the Synced Data set are end-to-end encrypted, and are not available to the law enforcement when Apple serves a government request.

Finally, the iCloud Backups category contains valuable information stored in device backups even if synchronizations are turned on. Apple understands the value of iCloud backups, and is constantly working on improving (or simply changing) protection. Recently, we have noticed a change in the data format of iCloud backups. Elcomsoft Phone Breaker 9.60 accommodates to the change, now correctly downloading and processing iCloud backups in the ‘new’ format.

Elcomsoft Phone Breaker and Elcomsoft Phone Viewer remain the most powerful all-in-one iOS extraction tools on the market. Supporting local backups and offering extensive cloud acquisition options including cloud backups, iCloud Drive and some 17 categories of synchronized data (including point-to-point encrypted types), Elcomsoft Phone Breaker is a tool no mobile forensic specialist should go without. Our cloud forensic tools are the fastest, most complete, and the most compatible on the market, delivering law enforcement professionals significantly more evidence than Apple themselves.

Unlocking BitLocker Volumes by Booting from a USB Drive